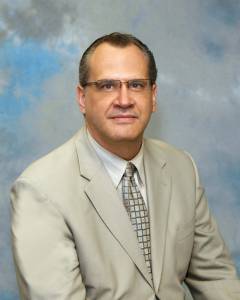 Welcome to the United Food and Commercial Worker’s Union Local 919, headquartered in Farmington, CT. Our Union represents over 1.3 million workers throughout the United States, Puerto Rico, and Canada. In Connecticut- Local 919 has contracts in various industries representing 8,000 members.

We are proud of the numerous accomplishments achieved through the collective bargaining process, which has enhanced the lives of members and their families. If we can be of service to you or someone you know please contact us and we will be pleased to respond.

A range of private sector workers from grocery store employees to emergency personnel would receive pandemic pay under a one-year, $24.2 billion state budget plan that passed the House by a vote of 95-52 early Tuesday morning.

Essential workers who were included under phase 1a and 1b of the federal vaccine rollout would be eligible for the one-time payments ranging from $200 to $1,000. Federal, state and municipal employees are excluded.

The money is a way to recognize workers “who have really not seen anything relative to an increase in pay or an increase in support for what they did during COVID,” said Sen. Cathy Osten, D-Sprague, co-chair of the legislative Appropriations Committee. Since the early days of the pandemic, front-line workers have lobbied the General Assembly for hazard pay for risking their health and safety to keep vital services going. But the $30 million included in the budget is well below what labor advocates were seeking.

A $750 million proposal from the legislative Labor and Public Employees Committee would’ve provided $2,000 to full-time workers and $1,000 to part-timers in the private and public sectors.

“I’m just concerned that $30 million in a budget so large is not enough to cover all of the workers who would be deserving of this pandemic pay,” Rep. Joe Polletta, R-Watertown, said during the House debate.

The payments for private sector workers were included in the budget at the request of Osten and fellow appropriations co-chair, Rep. Toni Walker, D-New Haven. The request follows recent legislative approval of new contracts for 43,000 state employees that include raises and bonuses.

Some lawmakers equated the bonuses — $2,500 this spring and $1,000 after July 1 — to hazard pay for state workers. Gov. Ned Lamont has said the bonuses are a way to recognize state employees for their work throughout the pandemic.

The governor’s budget secretary, Jeff Beckham, during a news conference at the state Capitol Monday left open the possibility of state workers receiving hazard pay on top of the bonuses.

“We have some monies available for it and so we would have to negotiate what that would look like,” Beckham said.

Each year in April, we gather together for Workers Memorial Day to honor the memory of those workers who have lost their lives on the job. During the ceremonies, we speak of the sacrifices made by these workers and of the families left behind, and we are inspired to work harder on behalf of all workers.

This year, the Connecticut AFL-CIO Health and Safety Committee is again offering a scholarship essay contest to inspire high school seniors to think about the importance of workplace health and safety.

In this scholarship essay contest, CT high school seniors are asked to respond in 1,000 words or less to one of the scenarios below with serious thought, research and most importantly, awareness of the true cost of workplace hazards on the lives of workers. Entries will be judged anonymously on content, originality and clarity of vision.

The essay topics this year include the impact on safety when workers are unionized, vaccine mandates, and how work-related accidents are reduced on infrastructure projects when workers have a union. Students are asked to seriously think about the importance of workplace health and safety, and the consequences that arise when workers are forced to toil in unsafe working conditions.

Please click here for the full details and the application form.

Email the completed essay and the application to pamela@ctcosh.org no later than April 1, 2022.

We are excited about this project that we believe will inspire a greater awareness of the importance of workplace health and safety among young workers. The scholarship awardees will be invited to speak at our virtual Workers Memorial Day ceremony and we look forward to their thoughts.

Please help us spread the word about this scholarship essay contest by forwarding this on to your members!

There are over 30 states that have legalized medical marijuana and, each year, more states are legalizing it for recreational use. As this industry continues to expand, the UFCW’s partnership with Eastern Gateway Community College (EGCC) can help you kick off your career in this emerging sector.

This program is fully online and consists of the following topics:

This certificate is embedded in EGCC’s Business Management degree and will best position students for gainful employment in a dispensary and provide a jumping-off point into more advanced studies in horticulture, pharmacology, and other advanced topics.

UFCW members and qualifying family members are eligible to enroll in the program.

To take advantage of this benefit, you will need to apply to EGCC here. For more information or additional support, call 888-590-9009.

Or simply scan the QR code below with your smartphone: 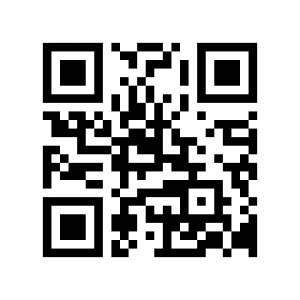