The General Assembly convened a special session on Tuesday with the Senate passing SB 1201, legislation legalizing recreational cannabis for adult use and SB 1202, the budget implementer. Both bills were sent to the House, where they were amended on Wednesday and sent back to the Senate.

On Tuesday, the Senate amended the bill to expand the definition of an “equity applicant” for a cannabis business license. Advocates sought to ensure that half of all licenses would be issued to those who had been impacted by the war on drugs. Applicants from areas with high rates of drug convictions or high unemployment and had incomes under 300% of the state median income were deemed equity applicants. The Senate amendment added another group – those who had been arrested or convicted on marijuana charges or had a parent, spouse or child who had been arrested or convicted. That action prompted Governor Lamont to threaten to veto the bill.

When the House convened Wednesday, it removed the Senate amendments before passing the bill, earning the Governor’s support. The amended bill was sent back to the Senate as a disagreeing action. The Senate reconvened Thursday morning to pass it again.

SB 1201 is important to the Labor movement because it requires cannabis business license applicants to negotiate labor peace agreements with a labor union before licenses can be awarded. It also requires licensees to negotiate project labor agreements for construction projects on retail and cultivation facilities valued at more than $5 million. 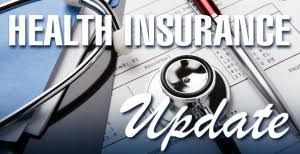